Expert interview with Prof. Jens Krause and Prof. Marcel Brass
Mask refusal, violent Corona protests, the storming of the Capitol in Washington – there are some recent examples of collective rule-breaking. Jens Krause, professor at the Humboldt-Universität zu Berlin (HU Berlin) and at IGB, together with Marcel Brass, Einstein Professor of Social Intelligence at HU Berlin, have published a review study on the social influence of rule breaking in the journal Trends in Cognitive Science. In an interview, they explain why rule breaking is contagious and how knowledge about it can be used to prevent it. 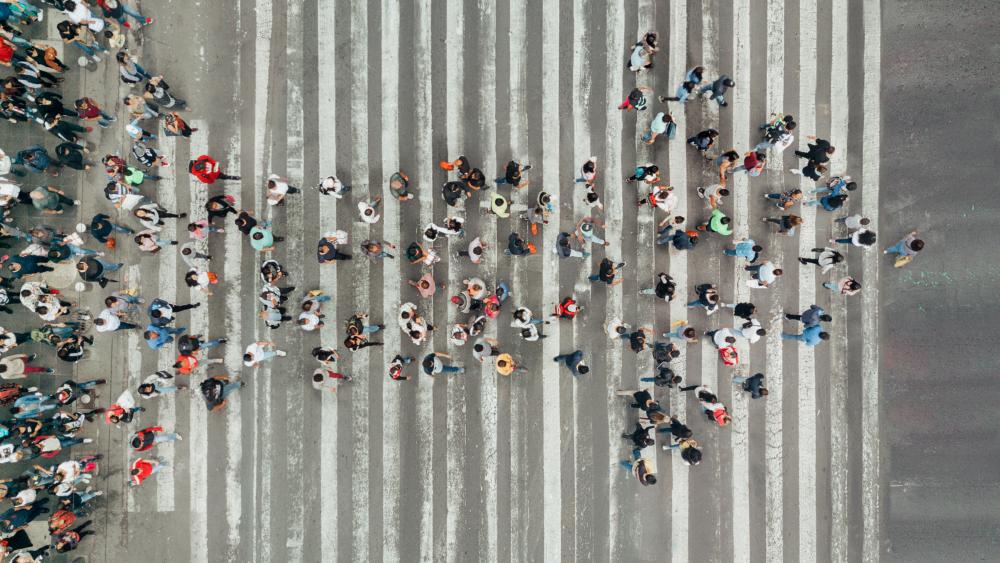 People are adaptable - even when it comes to breaking the rules. I Photo: Orbon Alija on iStock

Mr Krause, you are a behavioural ecologist who studies collective decision making, social networks and swarm behaviour. In a swarm, the majority behaves conformably. In your article you write that collective rule-breaking is also a form of social conformity. Why is that?

You focused mainly on the cognitive processes. What goes on in our heads when we cross borders?

Yes, it's crazy, sometimes people do things in groups that they would never dream of doing alone – and not just to obtain social approval. Current research shows that from the cognitive side, three processes are particularly important: Distraction, imitation and change of evaluation.

And that means exactly?

By distraction is meant that individual attention is drawn from the rule to the reaction of others. The group influences perception and directs attention. Such influence can inform the individual's decision to act in accordance with the group. If we cross a red light because others are doing the same, we may be so distracted by the group that we ignore the light. Using decision models that allow decomposition of different decision components, it can be shown that groups influence the information people take from the visual scene. If what individuals pay attention to and perceive is consistent with the group, the likelihood of following the group increases. At a demonstration, an individual's decision to join the group may depend, for example, on whether their attention is drawn to aggressive or de-escalating police actions.

Mr Brass, you are a neuroscientist, interested in the motor and cognitive control of behaviour and you investigate the mechanisms underlying human willpower. Do imitation effects also play a role in collective rule breaking?

Imitation effects describe the phenomenon that people perform certain actions because others also perform them – it is a motor cognitive mechanism. Behavioural experiments and imaging of brain activity show that observing the behaviour of others triggers a tendency in the observer to imitate a corresponding response. Mirror neurons probably play a role in this phenomenon. I would like to explain this imitation effect again using the example of red traffic lights: Pedestrians start running because the others start running. Mathematical modelling of this effect showed that the probability of running along is doubled when the person standing next to us starts running. And there is also the opposite phenomenon, the so-called bystander effect, the gazers who stand around at an accident and do nothing - the individual freezes because the group around him or her does nothing either.

How can one explain such behaviour? I immediately think of the snide remark: "Like lemmings"

Haha, in fact this does an injustice to the lemmings. The myth of voluntary mass suicide was coined in particular by the Disney film "White Wilderness" from 1958. In a fake scene, lemmings are shown collectively jumping over a cliff into the sea. Since then, this has come to epitomise the behaviour of unthinkingly doing what everyone else does.

The tendency to imitate behaviour can be measured – as already explained with the traffic light example. In addition, it has been shown that the contagiousness of rule-breaking increases with group size. This could also be shown in laboratory experiments: In a so-called interference task, participants have to follow a given rule to perform one of two simple movements - for example, they have to look to the right when they hear a bang and to the left when they hear the shattering of glass. At the same time, they see a group doing the same, congruent thing. So they also look to the left when the subject has to look to the left. Or they see a group doing something else, incongruent. So they look to the right when the subject has to look to the left. In congruent trials, subjects are usually faster and more accurate in implementing the instructed rule than in incongruent trials. This congruency effect is thought to reflect a kind of unconscious, automatic imitation that forms the basis of overt imitation. And automatic imitation increases with the size of the group according to an asymptotic curve.

What is the "problematic" thing about this behaviour?

Hmm, on the one hand, of course, that it happens unconsciously, automatically. On the other hand, the third aspect of the cognitive side of conformity, as mentioned above: the change in the evaluation of one's own behaviour. We reinterpret the situation based on the behaviour of the group. How evaluation processes can lead to conformity has been studied extensively in cognitive neuroscience. This can be broken down to two reasons why people go conform: We perceive conflict with the group as negative and, on the other hand, we experience it as positive when we act together with the group. As far as negative affect is concerned, research has shown that a different opinion from that of the group triggers a conflict signal in the brain, the extent of which predicts the extent to which people subsequently change their minds. Importantly, the evidence also suggests that such behavioural changes reflect real changes in evaluation. We are not just pretending to make a different decision, we are actually adjusting our decision-making basis for our actions. Second, in terms of positive affect, studies have shown that conformity itself is perceived as rewarding. Research suggests that affective processes play an important role in why people choose to conform to the group.

Now, there are different degrees of rule-breaking – jaywalking is one thing. But how and why can a situation tilt from a protest behaviour to a violent action, Mr Krause?

It is indeed a debate on which researchers are still divided. One approach is that predispositions play an important role – that collective violence is a result of individuals coming together to seek violence, like hooligans. The other side argues that although such violent tendencies are common, violent outbursts usually do not occur. Increasing importance is attached to the "supportive" behaviours that precede the actual violence, such as shouts and gestures, as well as the interaction dynamics between participants, or threatening gestures from the other group and reinterpretations by group members based on these interaction dynamics. Current scientific consensus is that situational group dynamics are at least necessary and sometimes even sufficient for the outbreak of violence, while background factors such as violent motivations of individuals are considered a risk factor for violence.

What does this knowledge mean for prevention and intervention measures?

Well, using the example of riots at football matches: Stadium bans for known troublemakers are certainly helpful, but may not prevent violent confrontations.

The bad news is that situational group dynamics are difficult to predict so far. The good news, however: We now know better what to look for and have the tools to do so. GPS data can show where people are standing particularly close together, cameras can capture threatening gestures and facial expressions. In the future, we will be able to develop methods that allow us to assess the development of a situation relatively quickly on the spot. In addition, the research also shows that the trend towards de-escalating behaviour by police and security forces is definitely the right approach to reduce the risk of violence.

In your role as an ecologist, is non-compliance also a problem in nature conservation?

Indeed! And it undermines the achievement of ecological goals. Unfortunately, there is a research gap there. This is not surprising given that assessments of collective behaviour dynamics of noncompliance in biodiversity conservation must consider how multiple social and ecological variables influence human behaviour, often in remote, underpopulated, or difficult to access locations. As yet, there are few sound proposals on how to manage compliance in nature reserves. However, by using cameras and targeting problematic areas where hikers stray off the trail or leave litter, researchers could in the future collect data with high enough spatial and temporal resolution to assess patterns of non-compliance among groups in national parks to create predictive models for park ranger routes and patrol times. Similar approaches could be explored with illegal hunters or fishermen within protected areas.

One last question: You are working on swarm behaviour and collective decision-making processes in animals. How similar are humans and animals? Do animals also break rules collectively?

In animals, as in humans, the decision-making dynamics of groups often run non-linearly via quorums: as soon as a certain number, or a certain percentage, of individuals show a certain behaviour, it is quickly adopted by others. Now, animals do not have rules in the classical sense. But even with them, group behaviour occurs that actually means a disadvantage or even a danger for the individual. One example: We were able to show with a robot fish that a school of fish can actually be led into the vicinity of a predator by the leader and the group behaviour induced by him – a dangerous situation that an individual fish would not have put himself in. Fish in a pond and people at traffic lights are sometimes not so dissimilar.

Read the publication in Trends in Cognitive Sciences >

The Cluster of Excellence Science of Intelligence > 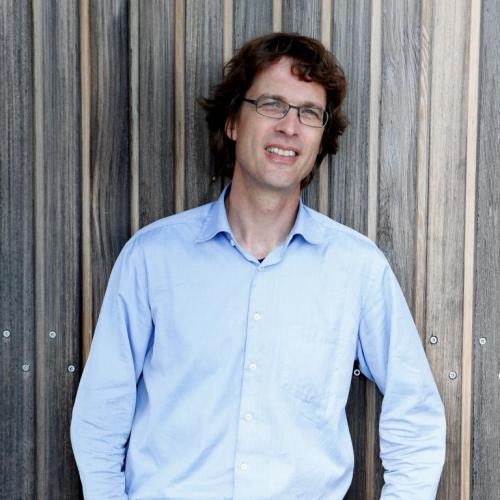 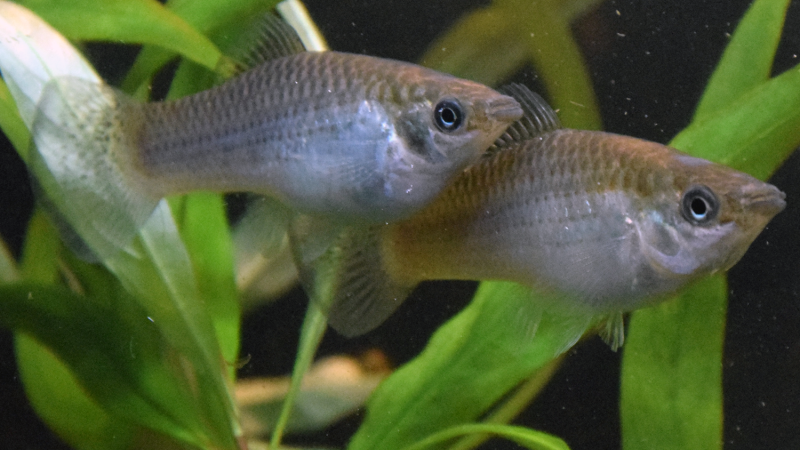 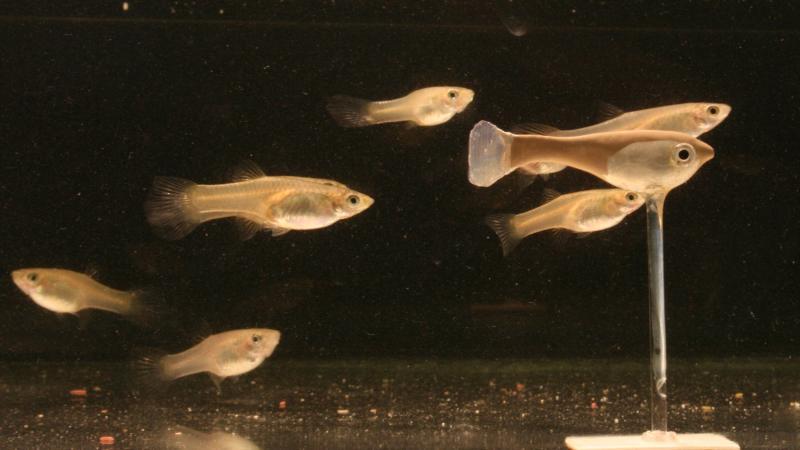 Using a robotic fish, the team of David Bierbach and Jens Krause has shown that guppies can anticipate the behavior of their artificial conspecific and predict both the direction and dynamics of its movements.
press release 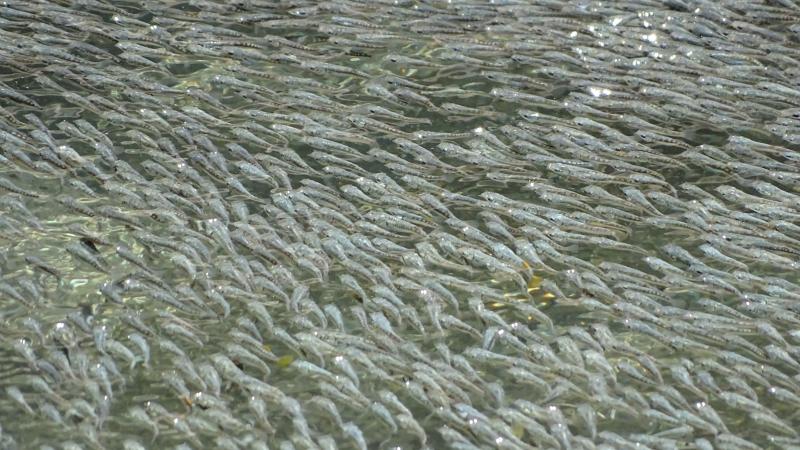