Fungicides as an underestimated hazard for freshwater organisms

Fungicides are worldwide used in agriculture. Large amounts of applied fungicides leak into nearby surface waters. The effects of these substances on aquatic organisms are poorly understood and not specifically addressed in the EU regulatory frameworks with respect to the protection of surface waters. Scientists at the Leibniz-Institute of Freshwater Ecology and Inland Fisheries (IGB) have found that pollution by fungicides can have unforeseen but far-reaching consequences for the functioning of aquatic systems – like indirect effects on the development of algal blooms. 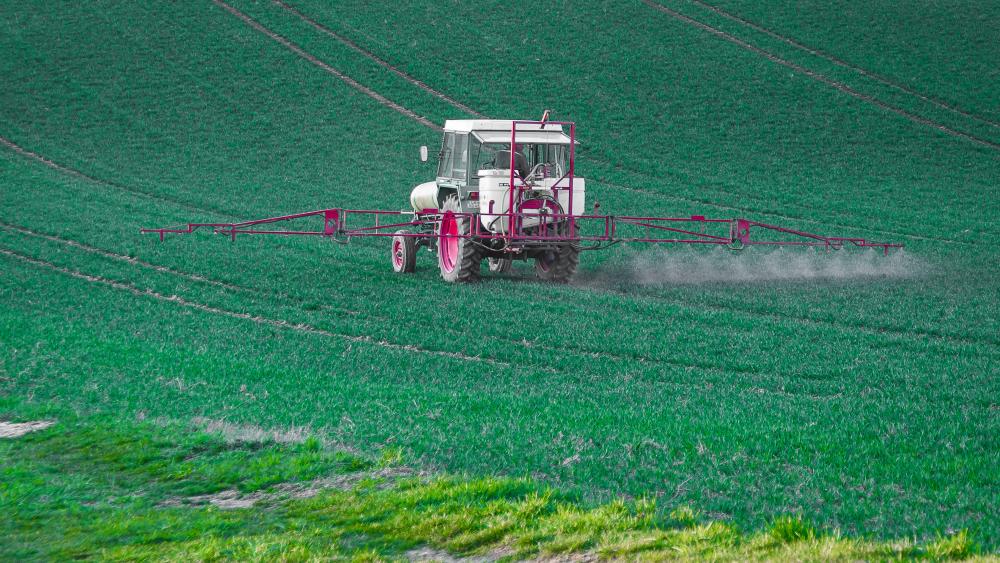 Pollution by fungicides can have unforeseen but far-reaching consequences for the functioning of aquatic systems. Photo: pixabay

The researchers investigated whether fungicides regularly used in agriculture such as tebuconazole or azoxystrobin influence the growth of aquatic fungi. In water bodies, fungi act as decomposers, but also as pathogens or parasites of other aquatic organisms. The research team was able to show that fungicides at concentrations similar to those found in natural water bodies drastically decreased infection of cyanobacteria by parasitic fungi. Cyanobacteria – formerly called blue-green algae – often grow disproportionally, causing blooms that can be toxic to humans and animals. "By infecting cyanobacteria, parasitic fungi limit their growth and thus reduce the occurrence and intensity of toxic algal blooms," says IGB researcher Dr. Ramsy Agha, head of the study. "Whereas we usually perceive disease as a negative phenomenon, parasites are very important for the normal functioning of aquatic ecosystems and can – as in this case – also have positive effects. Pollution by fungicides can interfere with this natural process”, the researcher adds.

The research team, together with colleagues from the University of Minho in Portugal, has already been able to show in other studies that fungicides have a negative effect on the growth of aquatic fungi. Like in the recent study, they investigated the interaction between parasitic fungi and their hosts in the presence of fungicides. For example, they showed that the infection of water fleas with yeast fungi decreased under commonly occurring fungicide concentrations in the lake water.

Aquatic fungi are everywhere in the water

There are only rough estimates of the proportion of fungi in aquatic microbial communities in the various types of water. In some freshwaters they can probably account for up to 50 percent of microorganisms with cell nuclei. “Fungi hold many important ecological roles in aquatic ecosystems; as decomposers of organic matter and as a part of the food chain. Regarding the latter, fungi are a food source for higher trophic levels”.

Despite their importance, aquatic fungi are not specifically addressed in the EU regulatory frameworks. To protect the ecology of waters from adverse effects of plant protection products (PPP), a prospective risk assessment is conducted by the European Food Safety Authority (EFSA) prior to authorization of active ingredients and their formulated products. The EFSA guidance document (EFSA, 2013) requires toxicity data for three taxonomic groups: plants, invertebrates and a fish species, representing a simplified vision of aquatic food chains. One reason for the disregard of aquatic fungi in risk assessments is the lack of standardized bioassays using aquatic fungi as test species. “As the cultivation and identification of aquatic fungi in scientific labs is continuously improving, risk evaluations should consider the impact of fungicides on aquatic fungi”, says IGB researcher Prof. Dr. Justyna Wolinska, head of the working group Disease Evolutionary Ecology. “Fungicides are heavily used and are very persistent in waters. As a result, pollution by fungicides is a widespread issue. This may have far-reaching cascading effects on the functioning of aquatic ecosystems. This is a previously ignored disrupting factor for the complex ecological processes in aquatic ecosystems," concludes the scientist.

Read the publication in Chemosphere  > 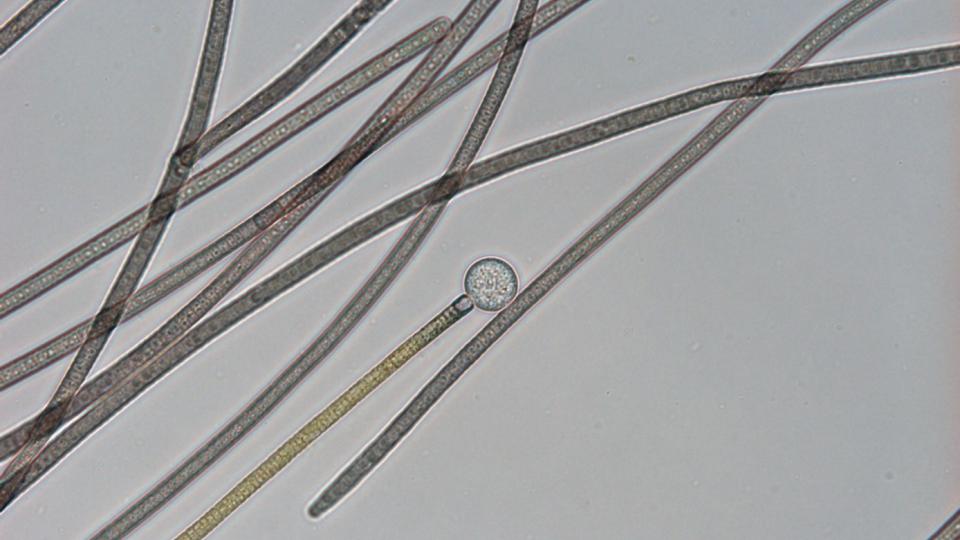 The cyanobacterium Planktothrix sp. (filament) infected by the fungal parasite Rhizophydium megarrhizum. The round structure is sporangium, the reproductive structure of the fungus. Photo: Wolinska Lab, IGB 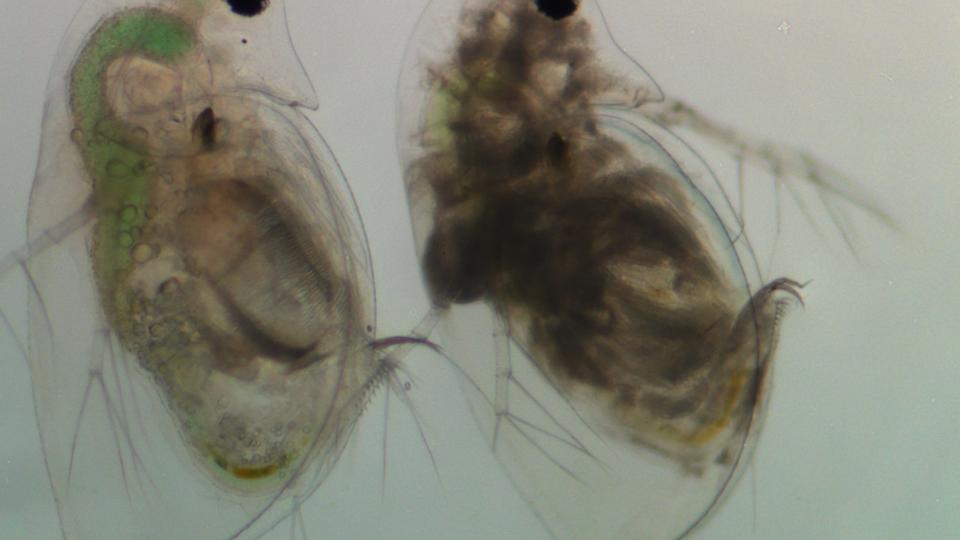 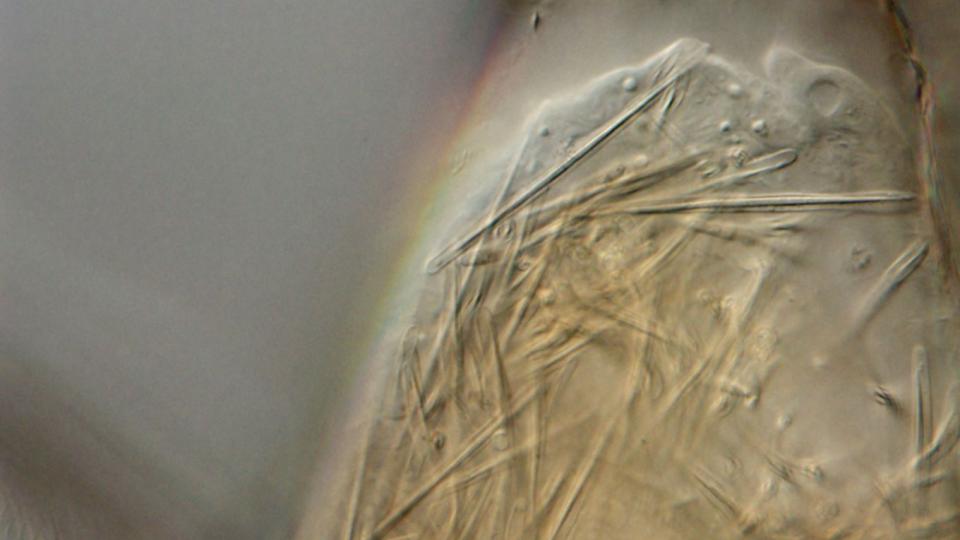 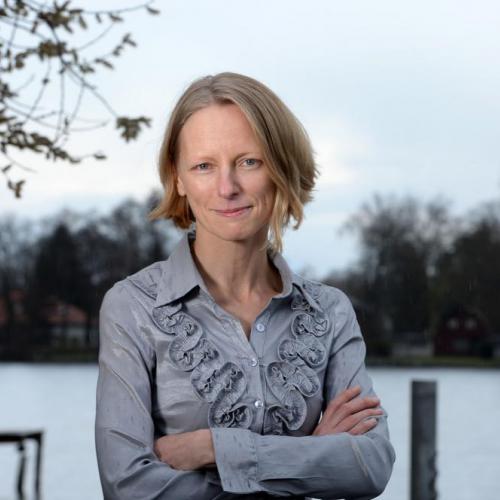 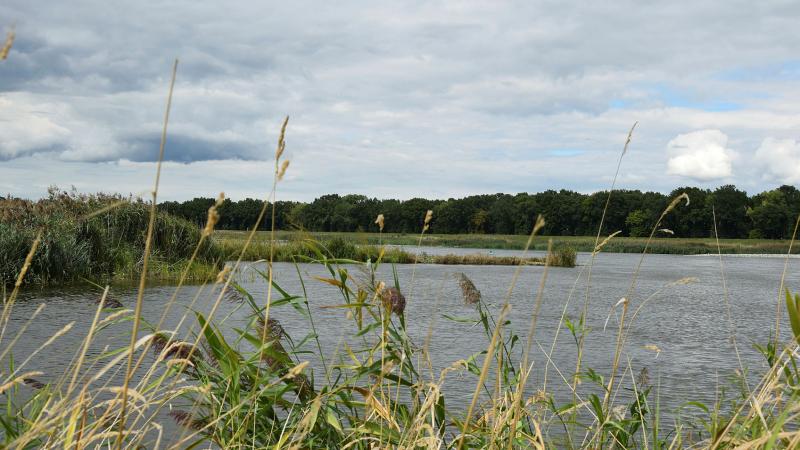 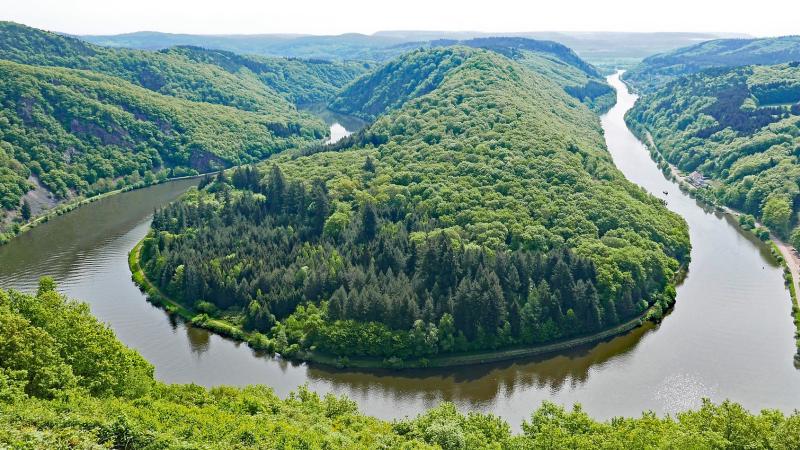 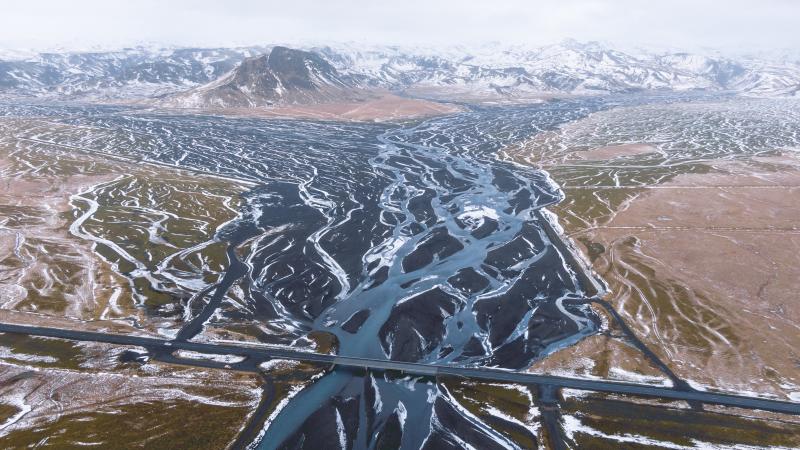