Snowglow and leafy trees in winter

How too much light affects biodiversity
The dark season has begun - but actually, due to the increase in artificial lighting, night and winter are no longer so dark. Researchers call this problem light pollution. More and more scientific studies show that light pollution is a serious threat to all levels of biodiversity - from genes to ecosystems. Researchers from the Leibniz Institute of Freshwater Ecology and Inland Fisheries (IGB) investigate the issue and provide an overview. In addition, as part of an international team, they have identified 11 urgent research questions that need to be addressed in order to mitigate the effects of light pollution on biodiversity. 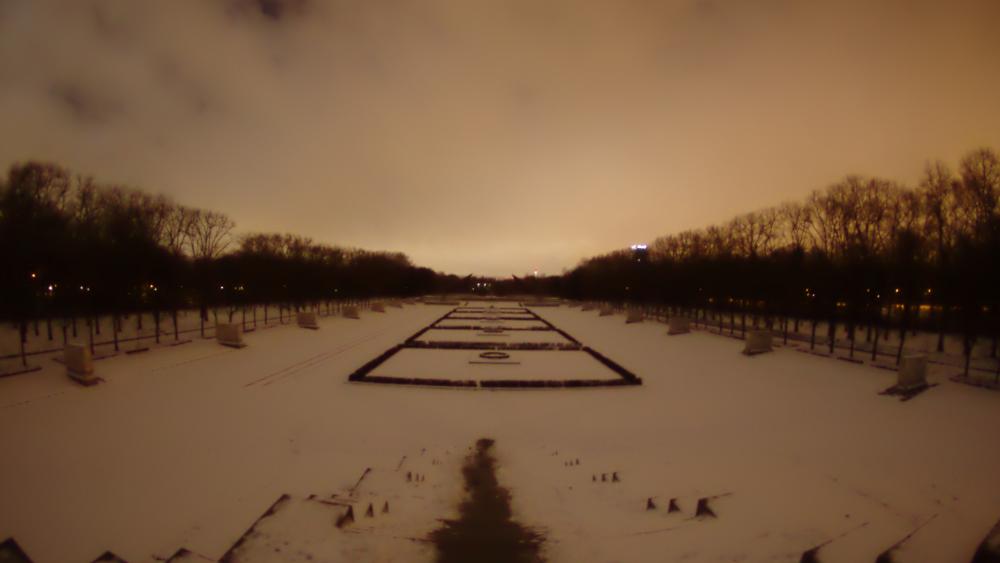 Snowglow in Treptower Park in Berlin. I Photo: Andreas Jechow

Artificial light at night is closely linked to modern society and, as light pollution, it is increasing rapidly worldwide – by about 2 to 6 per cent per year.

Ecosystems are structured by natural light-dark cycles, i.e. diel, seasonal and lunar cycles. In the natural course of evolution, many organisms have adapted to these cycles. Light pollution disrupts these cycles, which can affect all levels of biodiversity that are again strongly interconnected

If it is too bright, the seasonal signal is missing: trees do not lose their leaves even in winter

The transitional phases from autumn to winter and from winter to spring are important for many processes in nature. One signal for the onset of winter is that the days are getting shorter - in other words, it gets dark earlier. "Light pollution can disrupt this signaling of seasonal rhythm. I've actually just experienced this right outside my front door: several Robinias standing right next to a streetlamp still have leaves on the side facing the light, even now in early December, while the on the side away from the light they already lost their  leaves. This can often be observed in urban trees – and it is of course problematic, because the leaf shedding is supposed to protect the tree from frost damage", explained IGB researcher Dr Franz Hölker. The ecologist is an expert on the ecological effects of light pollution.

Migratory birds are distracted from their way to wintering grounds

For migratory birds, the path to winter rest can be disturbed by light pollution. "In this case, artificial light does not act as a disruptive factor for the seasonal rhythm, but as a barrier and distraction," explained Franz Hölker. Migratory species, such as migratory birds, show amazing orientation performance during their global journeys. "The mechanisms are still largely unexplored. But we know that some species orientate themselves by the stars in addition to y the Earth's magnetic field. So they can be blown off course by large illuminated buildings or sky beamers. These light beams from sky beamers or architectural lights can really act as “vacuum cleaners” that attract animals, making it difficult for them to leave, and potentially causing them to die," agreed ecologist Dr Gregor Kalinkat, co-author of the article. A study led by Travis Longcore from the Urban Wildlands Group on bird deaths at radio towers in the USA and Canada showed that neotropical migratory birds were particularly affected on their migrations to and from winter ranges.

Snowglow – twice as bright as the brightest full moon

In another study, a team from IGB found that winter weather with snow and clouds can increase artificial skyglow. Skyglow is the proportion of artificial light that is radiated upwards from Earth at night and then scattered back within the atmosphere – often seen as light domes above cities. Skyglow depends on atmospheric conditions, but also on ground reflection. "The night sky was a factor of 1,000 brighter during measurements with clouds and snow compared to clear skies, and the illuminance of ca. 0.8 lux was more than twice as high as that of the brightest full moon," explained IGB researcher and physicist Dr Andreas Jechow, co-author of the study.

Effects of light pollution on biodiversity: 1 third of all vertebrates are nocturnal

The effects of light pollution on biodiversity are manifold – from gene expression to ecosystem functioning.

30 percent of all vertebrates and more than 60 percent of all invertebrates are nocturnal and can therefore directly affected by light pollution, because for these animals the timing of their activities – such as foraging, reproducing and s predator avoidance - is shifting quite substantially.

Many negative effects on living organisms are mediated by the suppression of melatonin. In particular, short-wave light, the blue component of visible light, suppresses the body's production of melatonin and disrupts related metabolic processes such as immune defense, growth or reproductive physiology. "Seasonal fertility can be premature in sensitive songbird species. In salmon, lighting has been found to extend the spawning season. Such shifts in the reproductive phase can disrupt synchronization in ecosystems and have a negative impact on populations, for example if the food supply is not suitable or, as in the case of salmon, if the pressure from predators becomes too high," explained Gregor Kalinkat.

Even the smallest organisms can have a diurnal rhythm. Zooplankton, such as Daphnia, seeks the protection of natural darkness when foraging on algae in higher water layers, invisible to predators. They thus contribute significantly to the self-purification of water bodies.  The diel migration of zooplankton can be influenced even by low amounts of skyglow, which can probably affect the ecosystem service of water purification by zooplankton far beyond urban areas .

Light pollution is also considered one of the reasons for the global insect decline. This is because nocturnal insects such as moths are attracted in large numbers by light sources, where they become easy prey, or die by exhaustion.

The regulation of night-time artificial lighting depends heavily on the political and administrative actors involved, who have to balance various aspects such as safety, energy efficiency, design, and health and environmental concerns. A legislative shortcoming in environmental protection is that often only species with special protection status are protected. Adverse impacts on species and landscapes without special protection status are rarely considered by existing regulations. In addition, outdoor lighting policies should consider the whole composition of urban lighting (e.g. advertising, architectural lighting and sports lighting) and not just focus on street lighting.

A promising initiative is the German “Insect Protection” Act, an adaptation in the Federal Nature Conservation Act that aims to coordinate the regulation of light emissions with emission control. Another interesting approach to limit the impact of light pollution at the landscape level could be the establishment of "Dark Infrastructures". These are ecological networks consisting of core areas, corridors and buffer zones.

Potentials and risks of LED

"Current technological advances in outdoor lighting, particularly LEDs, in principle allow the development of lighting that offers solutions to the conflict of interest between human need for light and the protection of biodiversity, but this potential remains largely untapped," Andreas Jechow expressed. Moreover, LEDs are indeed very energy-efficient. However, the past has shown that lighting is often subject to a strong rebound effect, where an increase in luminous efficacy leads to higher light emission and not to the targeted energy savings. "Unfortunately, such a rebound effect can also be observed in the conversion to LED technology, which can ultimately lead to a further loss of natural nightscapes," said Franz Hölker.

Besides the challenges of implementation, many questions remain about species- and feature-specific sensitivities to light pollution and the impacts on biodiversity at different scales.

"To bend the curve of biodiversity loss, sound transdisciplinary solutions that emerge from a collaboration of practice, research, production, decision-making and planning are crucial," Franz Hölker noted. In an international team, he and his colleagues have compiled the most important open research questions. The goal: to create the scientific basis for recommendations for sustainable lighting concepts as quickly as possible. The questions focus primarily on how research approaches can be optimised and harmonised, how light pollution affects higher levels of biodiversity such as biotic communities, ecosystems and the landscape, and how we can manage light pollution effectively. In the future, they would like to find out which species react most sensitively to light pollution, how quickly populations can adapt to the phenomenon or above which thresholds does artificial light become critical.

Read the article in Frontiers in Ecology and Evolution > 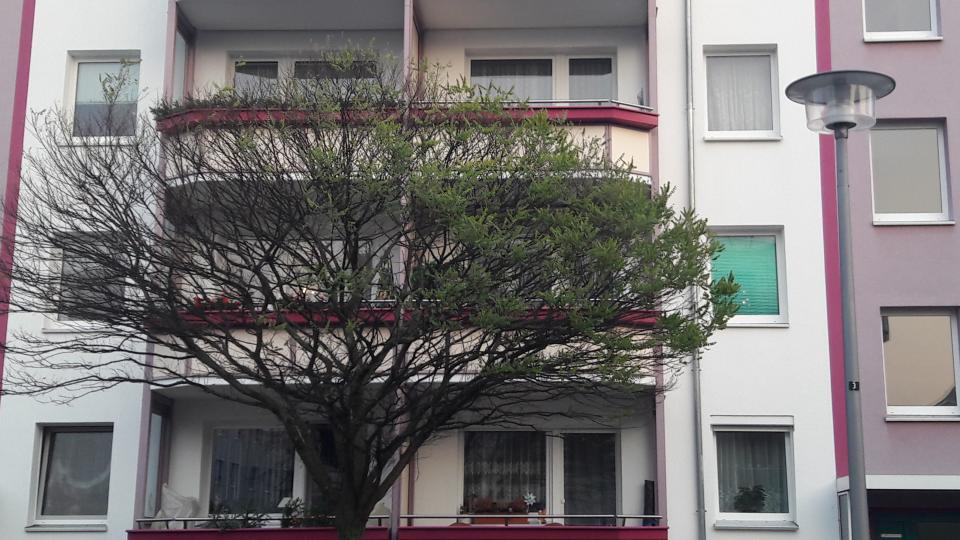 This Robinia is only bare on one side in winter. Towards the streetlight, the leaves remain on the tree due to light pollution. Photo: Franz Hölker 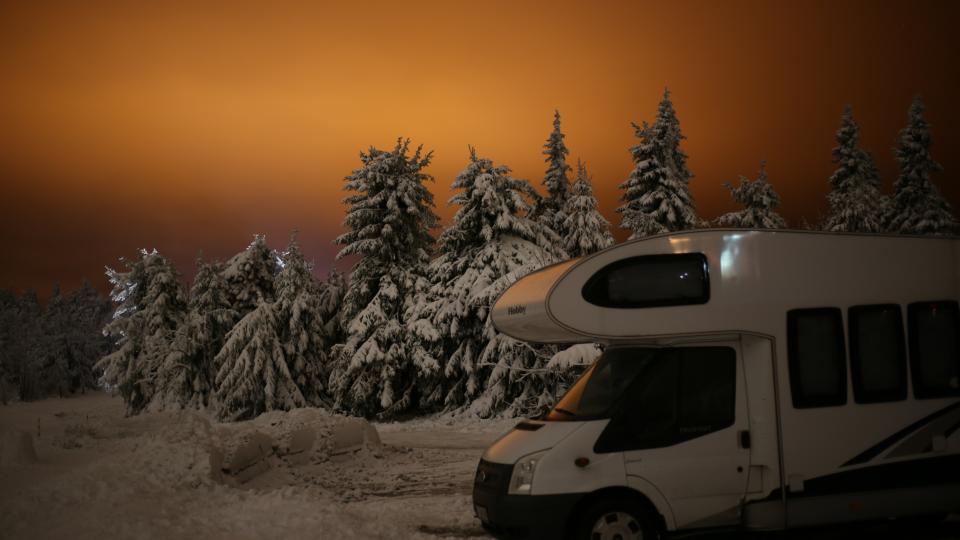 No image processing was involved here: snow glow in the Ore Mountains. I Photo: Andreas Jechow 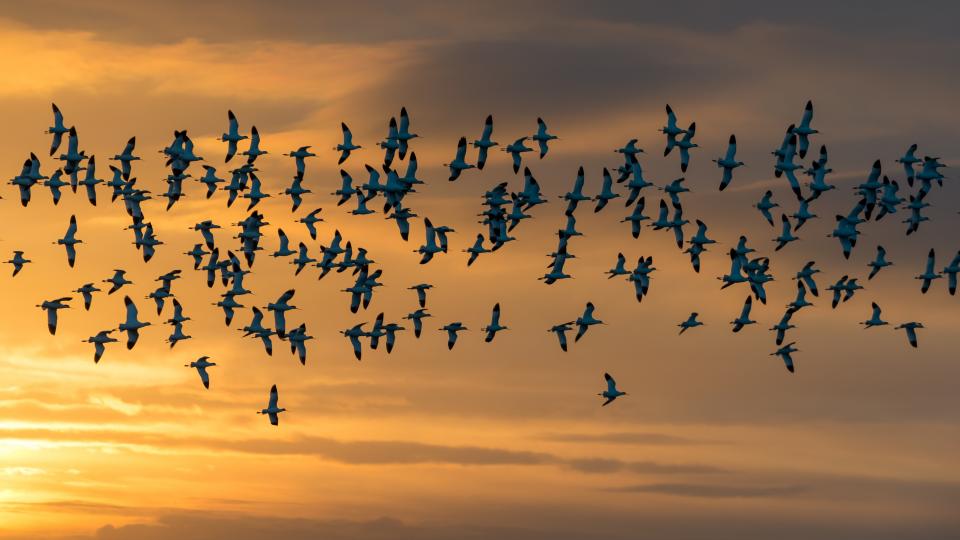 Migratory birds navigate by the stars and can be distracted by sky beamers and outdoor lighting during their winter migrations. I Photo: Shutterstock, 269419298 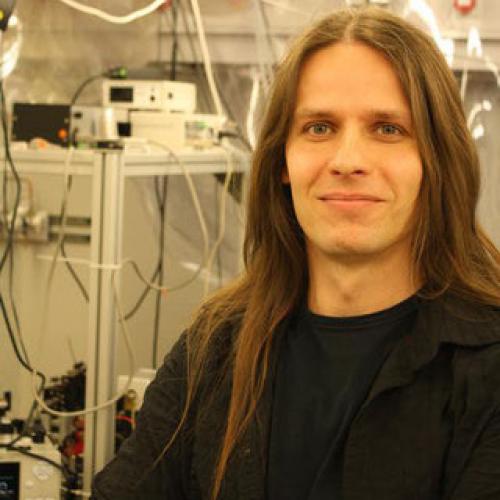 Species protection through environmentally friendly lighting Tatort streetlight discovers causes for insect decline. Street lighting can severely impair nocturnal flying insects, as many insects are attracted to the light of the luminaires and withdrawn from their actual habitats. Help us to investigate which insects are affected by street lighting and how environmentally sound lighting solutions can help preserve the insects' habitat.
Contact person
Sibylle Schroer
Franz Hölker
Department
(Dept. 1) Ecohydrology and Biogeochemistry
Start
06/2019
End
05/2025
Topic 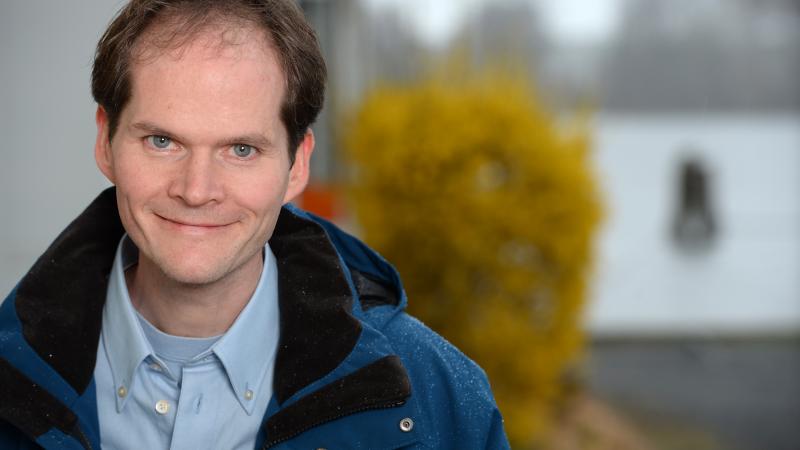 "Great science is typically teamwork where everyone contributes their strengths, complementing each other“

Jonathan Jeschke took over as head of the new IGB Department of Evolutionary and Integrative Ecology on 1 January 2022. In an interview, he tells us why integration is his guiding principle, what new methods and approaches he is pursuing, and how he would like to promote young scientists in particular.
focus 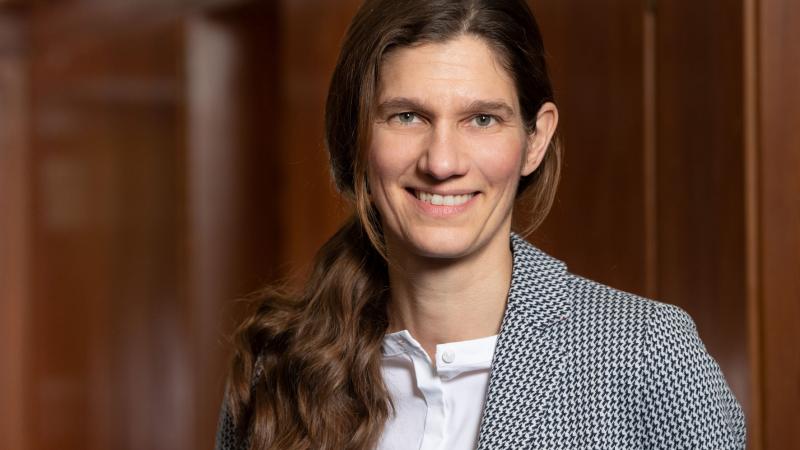 "We are looking at the bigger picture of biodiversity"

Sonja Jähnig has been appointed Head of Department at IGB since 1 January 2022. In an interview, the professor talks about her personal goals, what each of us really should know about rivers and lakes, and why water bodies are often overlooked.
insight 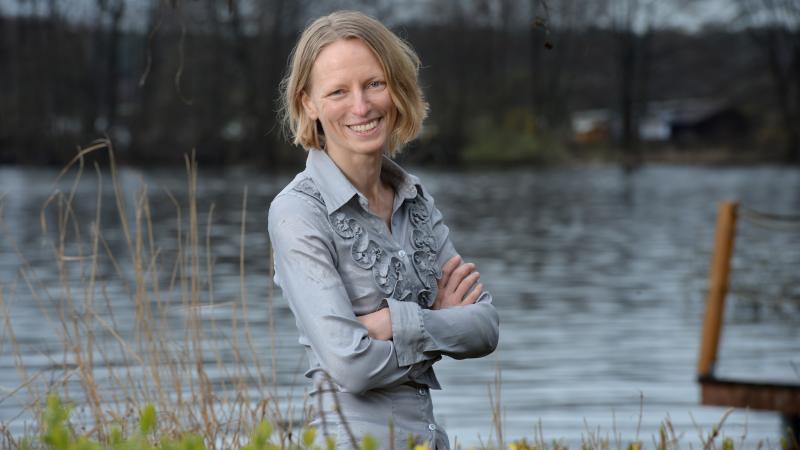 Justyna Wolinska has successfully passed the six-year tenure track phase, and has now been jointly appointed to a permanent professorship for Aquatic Evolutionary Ecology by IGB and Freie Universität Berlin.