Interview with Dirk Schulze-Makuch
Dirk Schulze-Makuch has worked for NASA, written a science fiction novel – and, as of summer 2019, holds the Chair of Planetary Habitability and Astrobiology at Technische Universität Berlin, as well as a position at IGB. In an interview with the assiduous researcher, we found out about his unusual projects, and which celestial body he would love to visit. 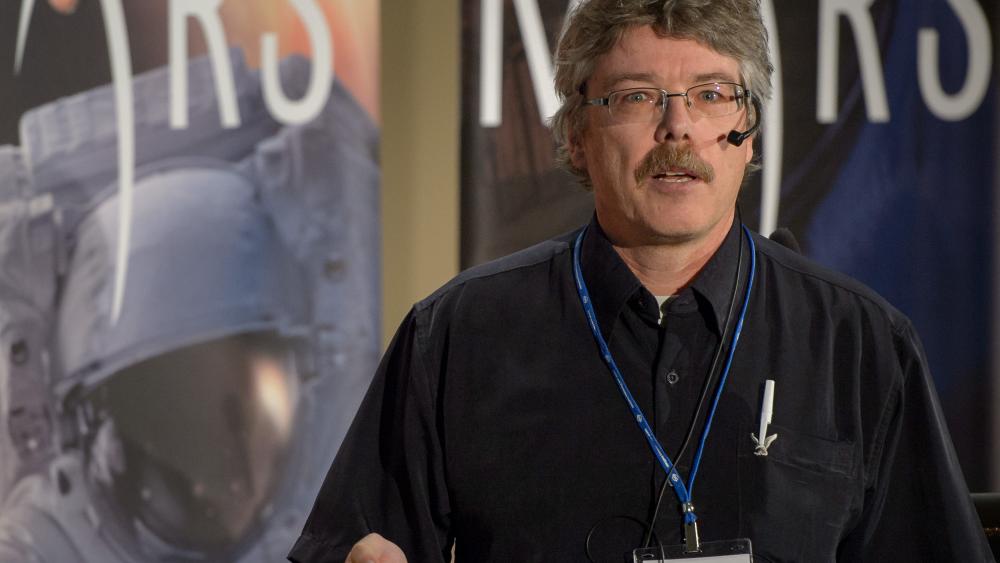 The interview was conducted by Wiebke Peters

Being a geobiologist and an astrobiologist, you investigate whether there could be life outside our planet. How do you go about this? After all, you can hardly go to Mars to take samples.

There are habitats (i.e. living environments) with extreme conditions on Earth that at least resemble those on Mars. The Atacama Desert in South America is one of the most arid places on Earth. We endeavoured to discover just how much life is possible there in the desert, in spite of all its limitations. We also asked ourselves whether the microorganisms that exist there die off, or whether they are able to survive temporarily.

And what did you find out?

We looked at microhabitats in various dry parts of the desert, which enabled us to compare the differences in biodiversity and total biomass caused by the different limitations. The drier the habitat, the lower the biodiversity; quantity and spread also decline. But even in the driest heart of the Atacama Desert there are “patches” containing microbial life, albeit temporarily: microorganisms in the sand are inactive most of the time, and only become active with the advent of moisture – the average annual rainfall in the hyperarid, i.e. extremely arid, region of the Atacama Desert is 2 mm per square metre. This enables microorganisms to survive for a long time. We even managed to find microbes there that are usually only present in water – cyanobacteria!

How is that possible?

We found them in halites, i.e. salt rock. The salt in the rock is enabling microorganisms to extract water from the atmosphere, thus no rain or standing water is needed. So life is also possible in extremely arid environments.

What conclusions can be drawn from this regarding life on Mars?

At present, the surface of Mars is up to 50 times drier than the hyperarid Atacama Desert, but we know that the planet was once much wetter. Life may have existed on Mars in certain types of rock, and especially salt rock, until recently – i.e. until a few million years ago. Our findings show that, if we want to find life on Mars, we should look for salt, not water!

Is it possible to detect residues after such a long time?

Yes, some parts of organisms, such as membranes, decay very slowly. I am keen to investigate in a future project how organic parts decay over time under different conditions, which will allow me to make more detailed statements on this issue.

IGB was also involved in the Atacama project. How did you get together with the institute?

I got to know Klement Tockner, the Director of IGB at that time, at an event. He was very interested in my work on microbes that break down oil, and that can therefore be used to clean up oil spills. We thought about ways of collaboration, which is how the Atacama project came about – as well as the idea of establishing a joint chair at Technische Universität Berlin, where I was a visiting professor at the time.

What are your plans at IGB over the next years?

As part of a doctoral thesis, we’ll take a closer look at the phosphorus cycle, which is important for life on Earth. Again, we will use cyanobacteria to do this. We are keen to examine a number of scenarios, i.e. to see what happens when there is too much or too little phosphorus available, and which compounds phosphorus then occurs in. I also intend to team up with Hans-Peter Grossart to find out how organisms manage to extract water from their surroundings in extremely arid areas, enabling them to survive. I find this question of how life adapts to extreme conditions highly fascinating.

Which celestial body would you like to walk on and examine, if it were technically feasible?

Titan appeals to me greatly, it’s the largest moon of Saturn. There are hydrocarbon lakes on its surface that could theoretically harbour life. If that were the case, the creatures would be very exotic because Titan is so dissimilar to Earth: it’s very cold there, and there is no free oxygen and virtually no carbon dioxide; the atmosphere is made up of nitrogen and methane. Any possible life there is likely to be microbe-like. But who knows? Maybe the lakes also contain larger organisms. If life were detected there, it would very probably mean that there was a second origin of life in our solar system and, consequently, that there must be a great deal of life out there in the universe.

Because then, a completely different but also life-supporting system would exist relatively close to Earth. Mars is pretty similar to Earth, and if there was life on Mars, then it would probably even be related to life on Earth. But if life existed on Titan, this would enable us to conclude that a great deal of different life exists in the universe. So such a discovery would be highly relevant.

Who is Dirk Schulze-Makuch?

Dirk Schulze-Makuch, born in 1964, has for decades been exploring a question that concerns a lot of people: are we alone in the universe? The astrobiologist has written several popular science books on the topic, including “Das lebendige Universum” (2019), a translation of “The Cosmic Zoo: Complex Life on Many Worlds” (2017). In his books, he explains the conditions required for life to exist, and why it is probable that numerous other life-harbouring planets exist out there. In his novel “Alien Encounter” (2013), Dirk Schulze-Makuch applied his knowledge of science to create a story: two astronauts discover an alien species on various celestial bodies in our solar system, a species that threatens human existence …Dirk Schulze-Makuch’s academic career began at Justus Liebig University Giessen, where he graduated with a Diplom degree in Geology in 1991, before leaving the country for the USA. He completed his PhD at the University of Wisconsin-Milwaukee in 1996, and, two years later, was appointed Assistant Professor at the University of Texas in El Paso, where he specialised in astrobiological issues. During this time, Schulze-Makuch additionally detected water deposits in the Texan desert for NASA. In 2004, he joined Washington State University in Pullman. In 2013, he became a visiting professor at Technische Universität Berlin, where he was appointed Professor of Planetary Habitability and Astrobiology in mid-2019; this joint chair involves Dirk Schulze-Makuch working 17 per cent of his time for the IGB. 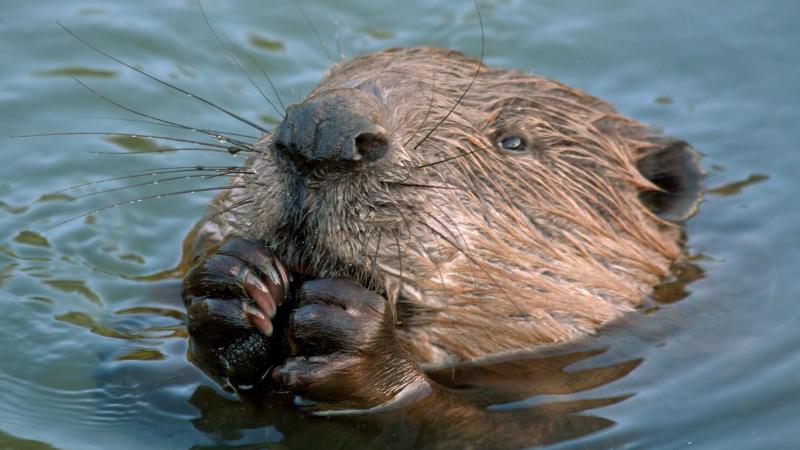 The renaturation of moors and the spread of beavers have an influence on the water balance, but only in the case of an appropriate proportion of land, according to a study by Dörthe Tetzlaff's research group.
short news 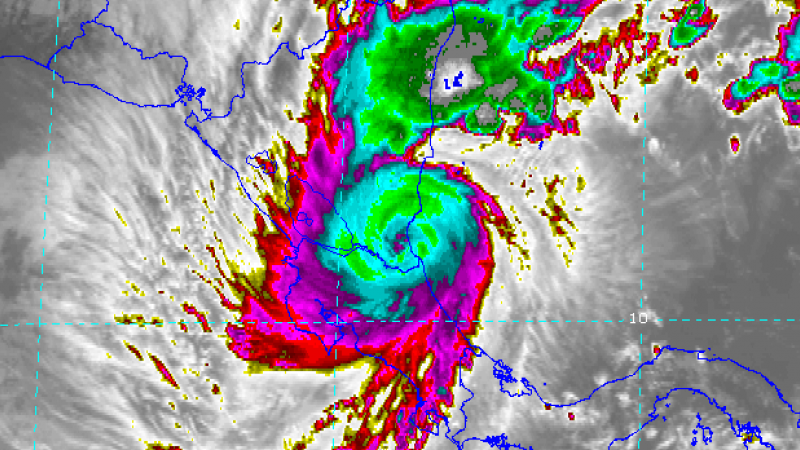 Dörthe Tetzlaff and her team investigated the path of water in cyclones.
press release 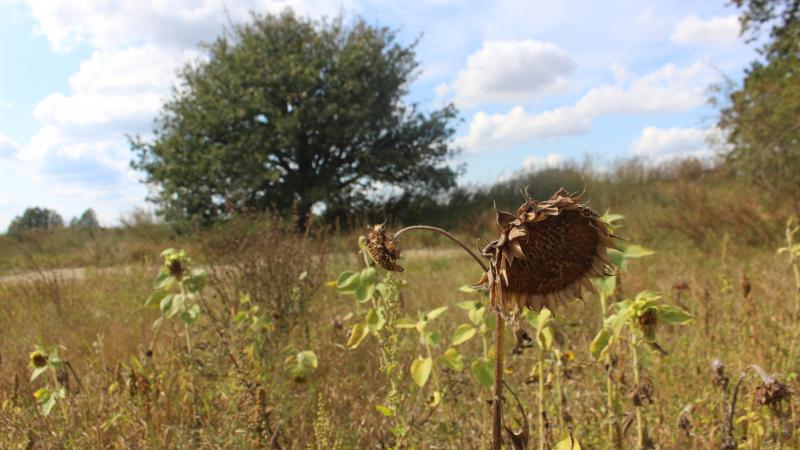 "Planting water" is possible – against aridity and droughts

Dörthe Tetzlaff and her team have developed a mathematical model that can reflect the complex interplays between vegetation, soil and water regimes.