The dynamics of nitrate in catchments

Nitrate pollutes landscapes and water bodies. Dörthe Tetzlaff's team combined a mathematical model with field data to analyse the pathways of nitrate in the Demnitzer Mühlenfließ – a typical catchment in the north-eastern German lowlands with mixed landscape use. Wetlands as buffer zones could reduce nitrate pollution, but longterm contamination from agriculture will continue to be a problem in some regions, the researchers conclude 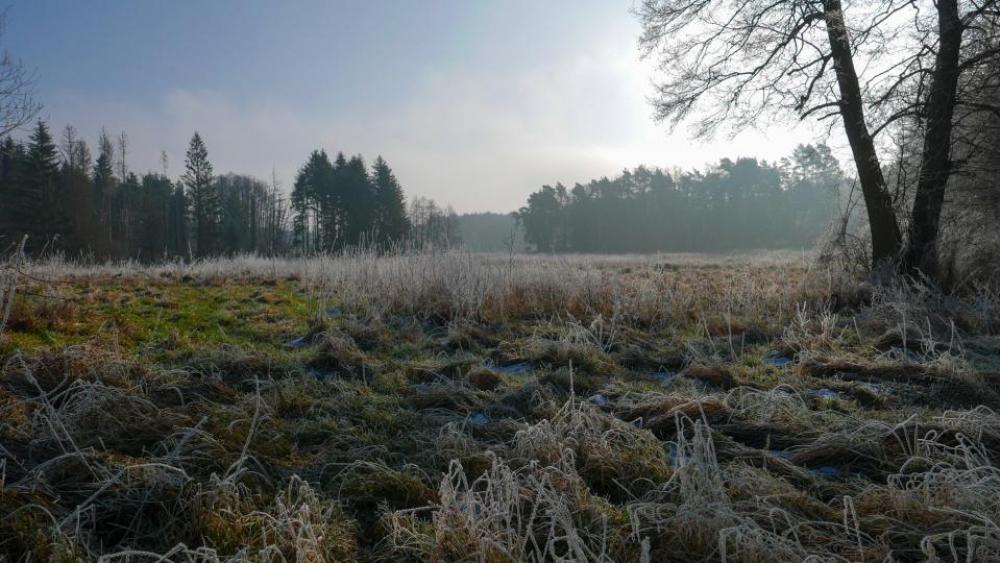 It is known that the input of bioavailable nitrogen into the terrestrial biosphere has doubled compared to pre-industrial levels – mainly through synthetic and organic fertilisers on agricultural land (Galloway et al., 2004). As a result, global nitrogen inputs to rivers have increased sixfold over the same period. Nitrate is the main form in which inorganic nitrogen occurs in nature. It deteriorates the condition of surface waters and endangers the quality of drinking water (Green et al., 2004).

Despite reduced use of fertiliser, contaminated sites remain a problem

Given the usually long  – decades to centuries – residence times of groundwater, the nitrate legacy will remain a significant source of surface water pollution for many years, despite fertilizer inputs having been reduced over recent decades due to improved environmental legislation. "To be able to reduce this, we need to understand the dynamics of nitrate in the landscape. We have investigated the most important factors influencing the spatial and temporal distribution and degradation of nitrate," explained study leader Dörthe Tetzlaff.

The distribution and degradation of nitrate depends on the sources, hydrological connections and biogeochemical transformations along the flow paths. In collaboration with the Helmholtz Centre for Environmental Research (UFZ) in Magdeburg, the researchers applied the grid-based model mHM-Nitrate to a mixed-use catchment in the northeast German lowlands – the field observatory Demnitzer Mühlenfließ - and validated it with long-term data from field research at the site. "Our model application has shown that mHM-Nitrate can provide robust spatially distributed simulations of hydrological connectivity and nitrate fluxes over a long-term period and successfully differentiate the most important control factors," said Dörthe Tetzlaff.

Landscape features, i.e. vegetation cover and nitrate inputs, significantly determined the spatial patterns of water and nitrate fluxes. Precipitation conditions determined temporal nitrate dynamics by regulating hydrological connectivity and mobilisation of nitrate from the soil. Simulated nitrate levels in the soil layers showed that nitrate was retained in the upper soil levels during dry periods due to lower vertical transport.  Consequently, the interannual nitrate dynamics showed an alternation between accumulation and leaching in dry and wet years. The sensitivity analysis also showed that biogeochemical transformations were closely linked to hydrological transport. In dry years, the degradation of nitrate was significantly lower than in years with more precipitation. Wetland restoration reduced nitrate export by 10 per cent – a surprisingly small effect.

"The study makes it clear that the rewetted areas are not sufficient and that further management measures are needed to reduce nitrate pollution in the Demnitzer Mühlenfließ. This is especially important because in climate change, drought will increase, and with it, the degradation of nitrate will be reduced," said Dörthe Tetzlaff.

Solution approaches tested in the model

In another study led by Dr. Xiaoqiang Yang from the UFZ, the team analysed various approaches to a solution: The fertiliser scenarios made it clear that lower fertiliser use under drought conditions has strong mitigation effects and largely prevents dramatically increased loads. The spatially differentiated analysis showed that measures to reduce nitrogen sources in the upper parts of catchments of water bodies had a particularly widespread effect.

"Increased retention in the catchment – for example through artificial or renaturalised wetlands as buffer zones – could be a cost-effective measure to reduce nitrogen loads to water bodies. However, the remediation of agricultural nitrogen legacy in regions where little nitrogen is removed remains a long-term challenge," Dörthe Tetzlaff sums up. The improved knowledge base can further support decision-making for sustainable solutions between the needs of agriculture and aquatic ecosystems. 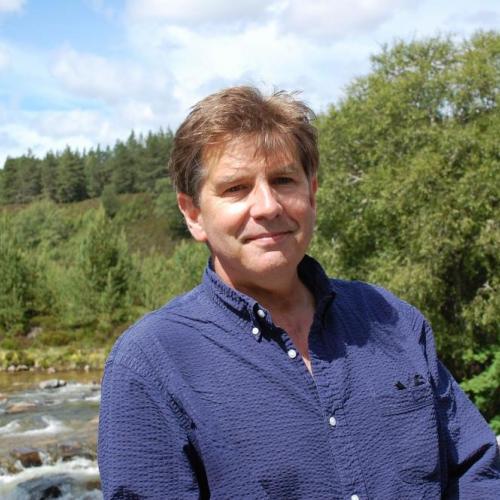 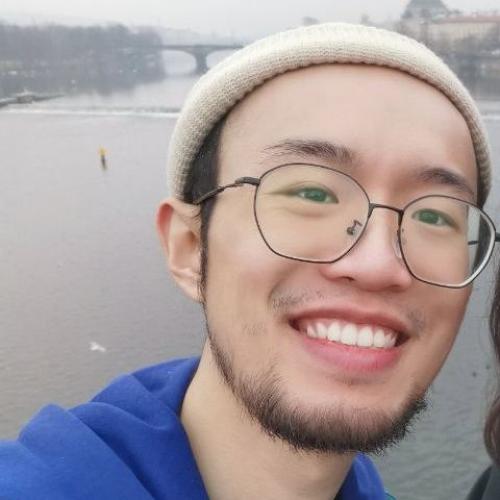 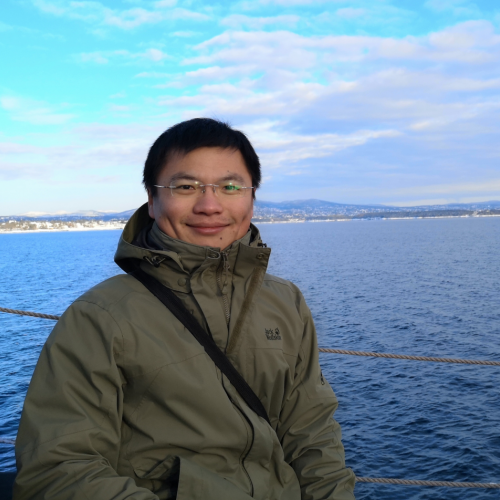 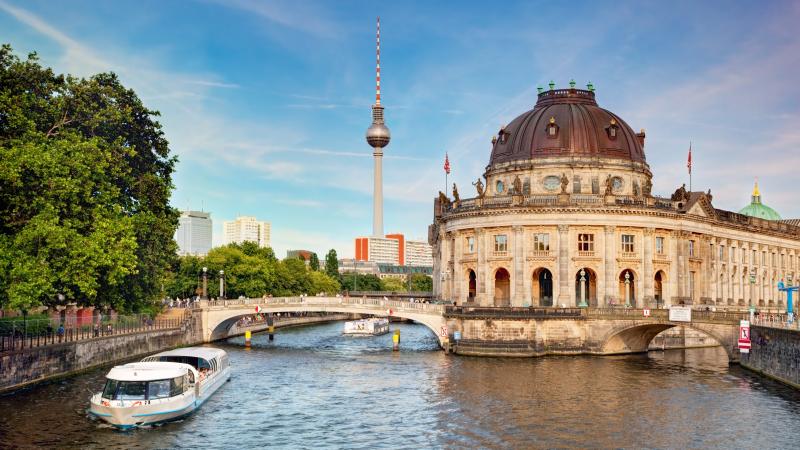 Dörthe Tetzlaff's research group is studying a city’s water flows using Berlin as an example. The team focused on the extreme drought of the summers of 2018, 2019 and 2020.
focus 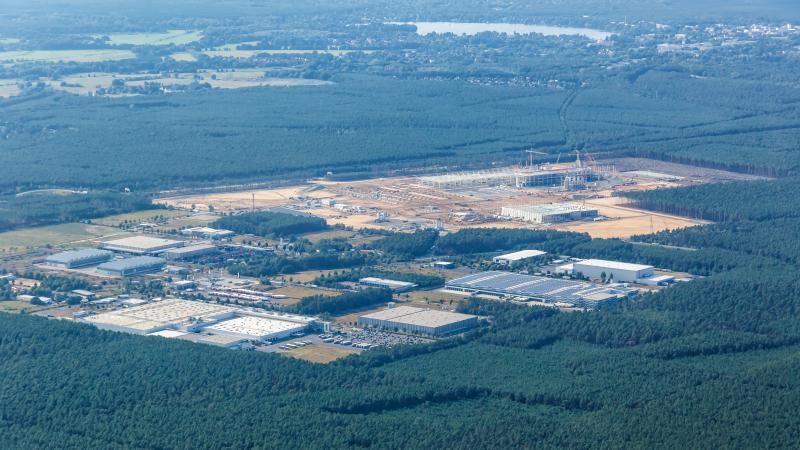 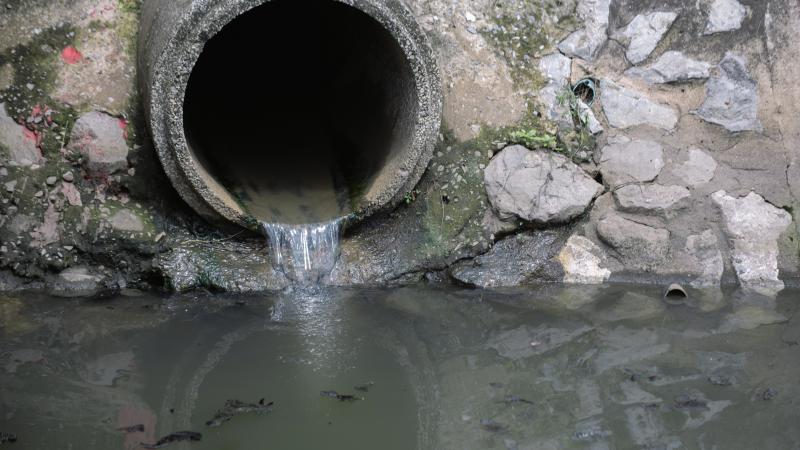