Updated on 1 September 2022
A massive algae bloom can be detected in the Oder River using satellite data. Experts from Brockmann Consult (a company for environmental data analysis and software located in Hamburg) have processed satellite data from the European Copernicus satellite Sentinel 2 in close cooperation with the Leibniz Institute of Freshwater Ecology and Inland Fisheries (IGB) and the AG Modelling Methods in Remote Sensing at the University of Leipzig and calculated chlorophyll concentrations, which serve as indicators of algal blooms. 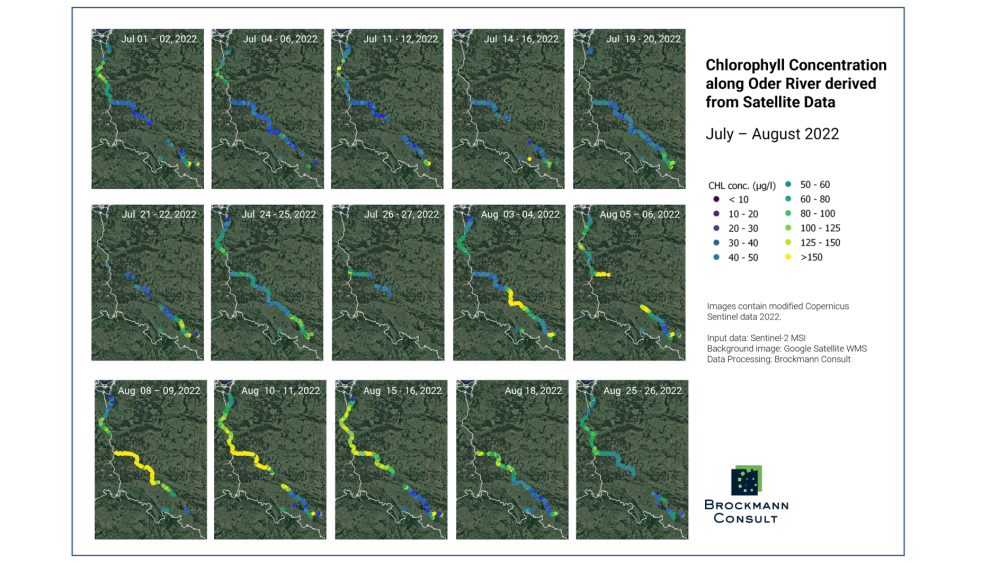 © Brockmann Consult | The graphic may be used for journalistic as well as non-commercial purposes if the copyright is mentioned.

The Sentinel 2 satellite carries an optical sensor that can be used to determine water colour and infer which colour-giving substances are in the water. Colour-providing pigments such as the chlorophyll in algae change the incident sunlight, and the sensor onboard of the satellite can detect this change in the light. This means that also unusual high concentrations of algae can be detected.

In the now available data set, it can be seen that in the second half of July the concentrations in the entire river course were still at a medium level, while in the upper course around the town of Opole (Poland) they were already higher (19-20 July 2022). At the beginning of August (3-4 August 2022), there was a sudden increase in chlorophyll concentration at the level of Wroclaw (Poland). Whether both algal blooms are directly related cannot yet be conclusively assessed on the basis of this data. However, it is clearly visible that the bloom then spread very rapidly, covering almost the entire Oder River within one week (10-11 August 2022). In the following two weeks, the chlorophyll concentrations decreased again, and at the end of August (25-26 August 2022) the concentrations reached the average level of early July.

The satellite data have great potential to help further clarify the Odra disaster. The new results will help to better understand the origin and proliferation of the toxic prymnesium algal bloom and to narrow down its origin in space and time. For this purpose, aquatic ecological monitoring data and water samples are combined with satellite data, which are also available from the time of the onset of the environmental disaster. These analyses are to be continued in the coming weeks.

Read the Polish version of the text >

Contact person for the analysis of the satellite images:

IGB has been researching and working on the Oder River for decades, especially on river ecology and fish communities. Besides, the institute coordinates the reintroduction programme of the Baltic sturgeon in the river basin. Therefore, IGB researchers became active with their own investigations and followed the trail of a strong toxin that can be produced by the algae species Prymnesium parvum. They were already able to detect this alga and its toxin in masses in water samples from the Oder. Such a mass development is not a natural phenomenon but a human-caused problem, probably boosted by salt discharges, copious amounts of nutrients, high water temperatures, and long residence times in barrages.

Read the previous press release on the algae hypothesis >

Read the previous press release on the toxin detection >

Read the press release on the sturgeon reintroduction programme > 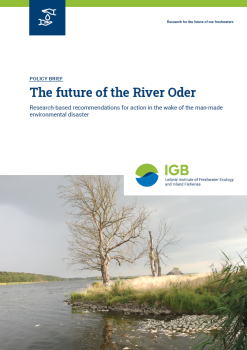 Outlines | IGB Policy Brief: The future of the River Oder - Research-based recommendations for action in the wake of the man-made environmental disaster

This IGB Policy Brief provides a concise summary of what is known about the causes of the fish kill, and what measures policymakers and authorities should take to restore and preserve the River Oder habitat and its important ecosystem services.
Download PDF 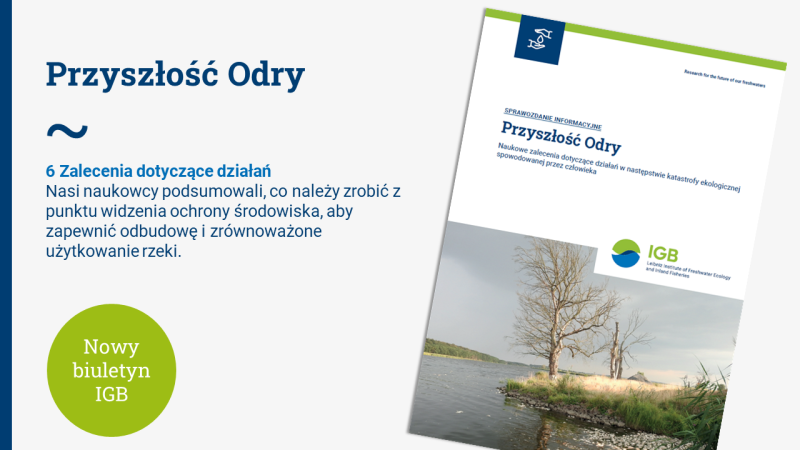 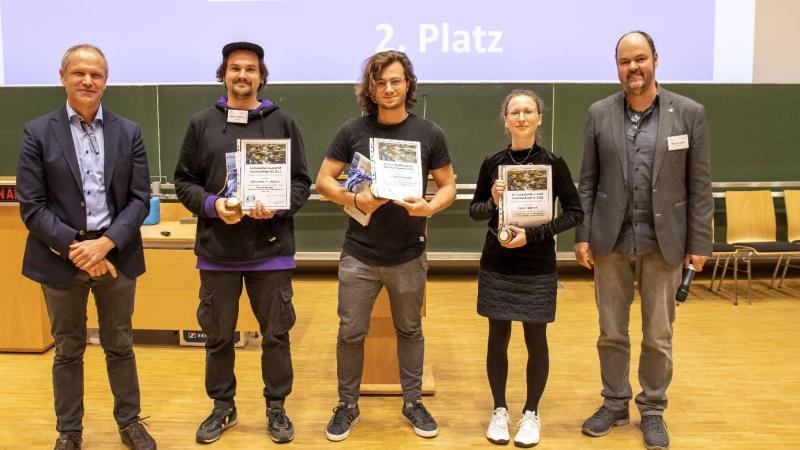 Young Scientist Award of the DGL for Lena Heinrich

Lena Heinrich has received the Schwoerbel-Benndorf Young Scientist Award of the German Society for Limnology. The former IGB doctoral student completed her thesis in the research group of Michael Hupfer as part of the international DFG Graduate School "Urban Water Interfaces".
press release The man-made environmental disaster, resulting in masses of dead fish, mussels and snails, has caused severe damage to the Oder ecosystem. What can now be done to help the river – and how can the risk of such major ecological and economic damage be reduced in the future? IGB has published its recommendations in an IGB Policy Brief.